“Incorporated into the renovation of Oak Tree Park we were able to accomplish two goals,” said Bethel Park Council President Tim Moury.  “We’re upgrading the playground equipment and pavilion an 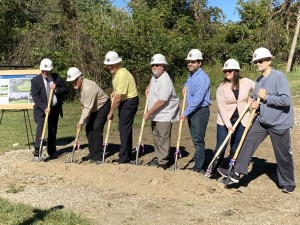 d including storm water management.  Each of our parks will have its own identity, and Oak Tree Park will be known as the only park with ‘Gaga Ball’!”

Not only is the park being upgraded, but it was also moved from its old site due to the location of the new underground tanks installed to collect stream water drainage.  The old pavilion was also removed to make room for a larger overall playground space.

According to Municipal Engineering Director Stacey Graf, the new playground equipment will accommodate both younger and older children (ages 2-5 and 5-12).  Other amenities will include swings in the upper area; a sunshade for patrons using the playground as well as baseball spectators; a new playground with equipment selected by local area residents; and Bethel Park’s first Gaga Ball pit!  Gaga ball is a dodgeball type game where players roll the ball with their hand to tag other players.

After the playground is complete, work will be done on sidewalks near the park.

Back in 2020, the Municipality also completed an approximate $400,000 Stormwater Project for the park to alleviate flooding conditions.

“The project was done as part of Council’s commitment to complete Flood Mitigation projects through the Municipality on public property,” said Graf.

Work consisted of installing a diversion structure to intercept and move flow from Summit St. storm sewers to a new underground detention tank field which collects runoff from 3.5 acres of upstream drainage and can hold about 116,000 gallons of water; installing two new raingardens to hold back 71,000 gallons of water; and installing French drains around the baseball field to collect water from area springs and the pond resulting in significant water improvements.  Water from the facilities outlet into an existing 18” storm sewer that runs through the park that slowly releases into the downstream pipe over a longer period of time reducing the amount of flow and thus reducing flooding.

The project was completed in 2020 by Morgan Excavating. 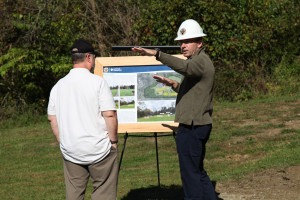 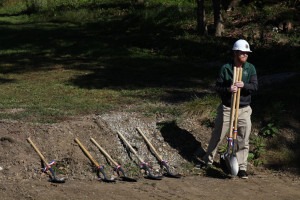